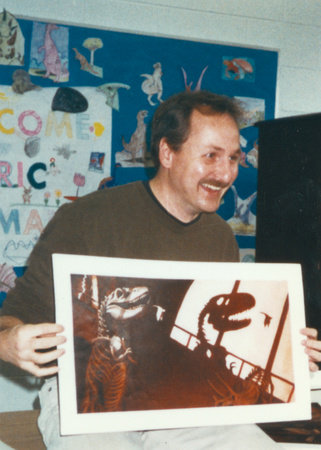 “Children are the best audience: they are curious, enthusiastic, impulsive, generous, and pleased by simple joys. They laugh easily at the ridiculous and are willing to believe the absurd. Children are not ironic, disillusioned, or indifferent, but hopeful, open-minded, and open-hearted, with a voracious hunger for pictures and stories.”—Eric Rohmann

Eric Rohmann is an author and illustrator of books for young readers. His book Time Flies received a Caldecott Honor award and was named a New York Times Notable Book of the Year.

Eric Rohmann lives in a suburb of Chicago. He holds degrees in fine arts from Arizona State University, and Illinois State University. In addition to writing and illustrating children’s books, he has taught drawing and printmaking. His artwork has been featured in various exhibitions and permanent collections throughout the country.


Books
I usually start with a picture, and then the words and story line follow. I was a visual artist first, so this seems natural.

I make books I want to see but haven’t been made yet.

I make books for myself—it’s the audience I understand most—and I’m blessed that children seem to like what I do.

I’m interested in what books do that other art forms don’t—that is, they involve the element of time. Time passes as the reader turns the pages, revealing events in a sequence—a story.
My paintings have always been narratives, and the natural next step was books.

Ideas
Ideas come from anywhere and everywhere. Because of this, everything I do has a chance of influencing my work. Experiences + reaction to those experiences = ideas.

My favorite part of the bookmaking process is the beginning: exploration, discovery, sketching, daydreaming.

I make many preliminary sketches. I need to get an idea down on paper so I can step away and literally see it. The novelist E. M. Forster wrote, “How do I know what I think until I see what I say?”

Painting
I try to look at each picture as a film director considers a scene for a film, from many angles and in many lights, hoping to find a composition that is interesting and dynamic but that, above all, works to make the story stronger.

The studio is at times a sanctuary—where you’d rather be than anywhere else—or it is the last place you want to be—a place filled with monsters.

Sometimes I like working; other times I’d rather be doing anything else. My kitchen is never cleaner than when I’m in the middle of a project.

I’m generally lazy, but that’s overcome by the desire to see what comes next. My gadfly is curiosity.

At first, I have only an inkling of what I want a book to look like, and I’ll put those ideas down in pencil sketches or a rough dummy. This is a point of departure. What I imagine—the visuals in my head—are never as rich as the real thing, so I make something, and then either leave it, change it, or wipe it away and start over again.

I work slowly and I try to work on all the paintings, alternating from one to another each day (usually in no sensible pattern!).

I don’t think I create paintings as much as recognize them when I bump into them.

I use oil paints, which dry slowly and allow me to explore slowly. Oils also smell like painting—there is a sensory connection to history.

I visit museums and galleries as much as I can and I try to look at everything with an interested and curious eye. I always find something I never expected to be as wonderful as it is.

I wipe away about as much paint as I apply. It has to be a trial-and-error process. As soon as you are completely sure of what you’re doing, you are probably doing work that looks like work you’ve done before.

Why Children’s Books
Children are the best audience: they are curious, enthusiastic, impulsive, generous, and pleased by simple joys. They laugh easily at the ridiculous and are willing to believe the absurd. Children are not ironic, disillusioned, or indifferent, but hopeful, open-minded, and open-hearted, with a voracious hunger for pictures and stories.

Growing Up
As a boy, I read Wanda Gag, Edgar Rice Burroughs, Maurice Sendak, J.R.R. Tolkien, George Herriman, and any comic book I could get my hands on. I made drawings of fanciful machines after Rube Goldberg. I drew monsters, knights, dinosaurs, and ships. In school I drew complex space battles on notebook paper when I should have been learning the difference between “infer” and “imply.”

I wasn’t a very good student. I remember my high school guidance counselor suggested I consider a trade: “Perhaps ship-fitting or something in a lumber yard?”

While in high school, a friend and I volunteered at the Brookfield Zoo. We worked in the children’s zoo, feeding the animals, cleaning the enclosures, and observing animals firsthand.

As a boy, I learned to sit back and sense the world around me. My nostalgic mind recalls grass-scented air, the rustle of cottonwood leaves in the wind, tadpoles wiggling in the creek, and shooting stars.

THE PRAIRIE TRAIN
“The book’s handsome design, as well as Rohmann’s deft portraits of Conor and his fellow immigrants, adds to the book’s many deeply felt pleasures.”—Publishers Weekly

“A work of informed imagination and masterly storytelling unobtrusively underpinned by good science . . . an entirely absorbing narrative made all the more rich by its wordlessness.”—The New York Times Book Review


THE CINDER-EYED CATS
“A beautiful book that readers will turn to again and again.”—Starred, Booklist

“Rohmann’s bright-eyed cats are as mesmerizing as a vivid dream.”—Publishers Weekly 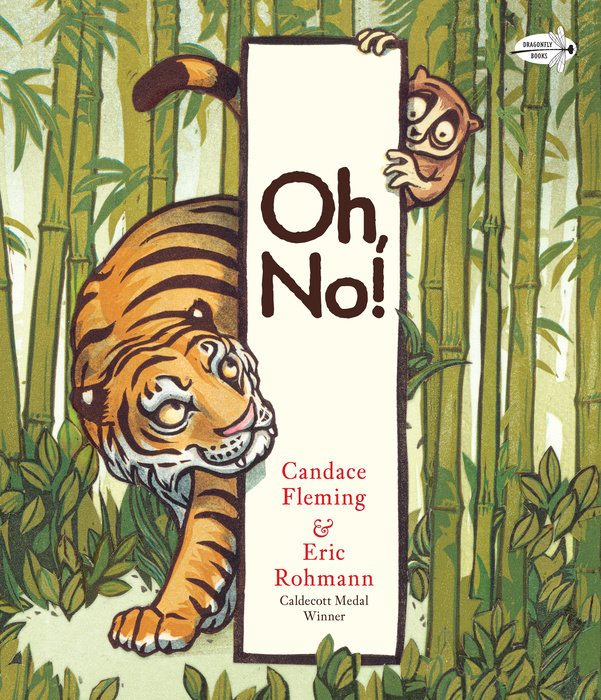 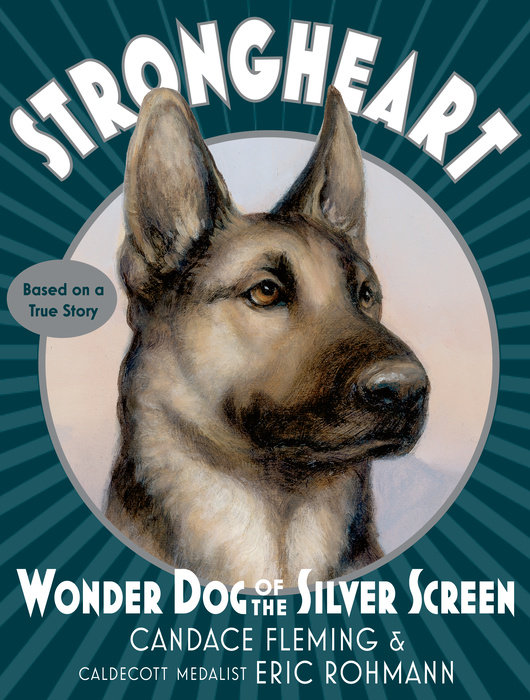 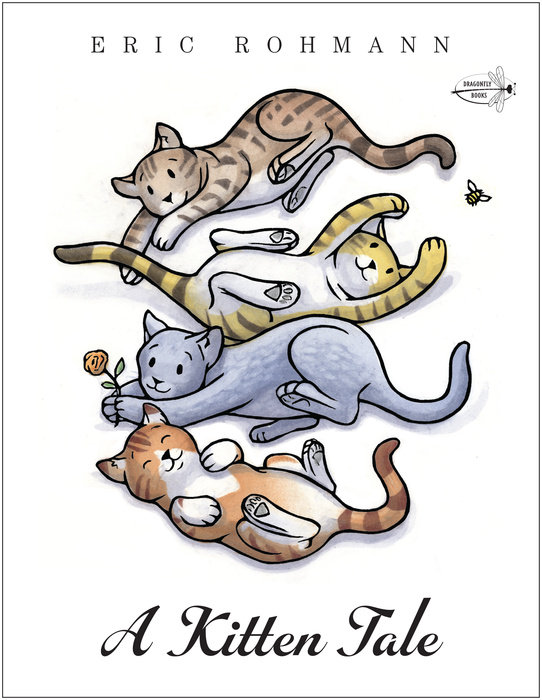 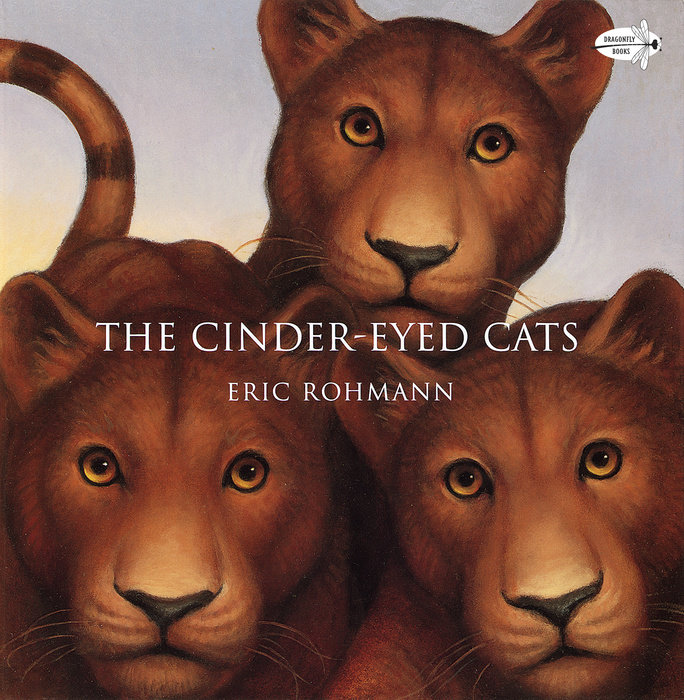 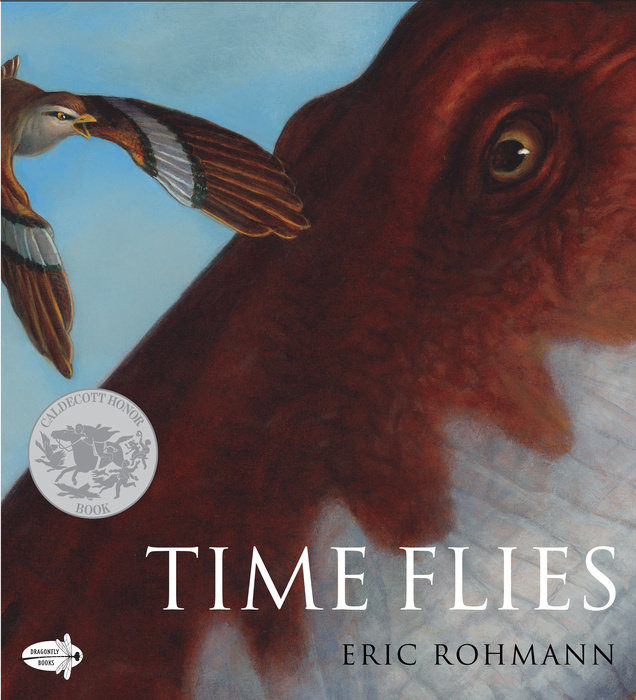