NETFLIX Special “A Call to Courage”

Author Brené Brown, just announced her new NETFLIX special “A Call to Courage,” premiering on April 19th. The hour-long Netflix special is based on her now-famous TED talk on the Power of Vulnerability, which has almost 39 million views and is the crux of her book DARING GREATLY.

Here’s a link to Brene’s video announcement on her Instagram.

Research professor and best-selling author Brené Brown presents an all-new take on courage in this hour-long Netflix original special. Featuring her trademark humor, honesty, and insight, Brown dispels the misconception that courage and vulnerability are mutually exclusive. She also discusses the origins of her TED talk and the insights she gleaned from the sudden visibility she gained following its outsized public reception. Brené Brown: A Call to Courage invites the viewer to embrace courage over comfort by leaving spectatorship behind and becoming an active participant within the arena of life.

There has been some great media attention already from Oprah’s magazine–SEE HERE!

You can find all of Brené Brown’s titles HERE!! 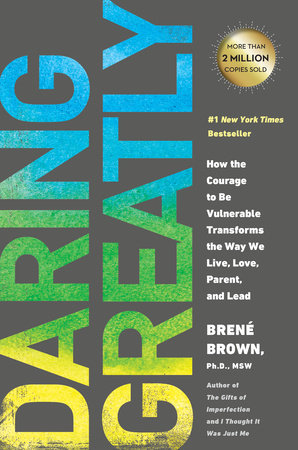 Daring Greatly
How the Courage to Be Vulnerable Transforms the Way We Live, Love, Parent, and Lead
Brené Brown
978-1-59240-733-0
The #1 New York Times bestseller. More than 2 million copies sold!Look for Brené Brown’s new podcast, Dare to Lead, as well as her ongoing podcast Unlocking Us!From thought leader Brené Brown, a transformative new vision for the way we lead, love, work, parent, and educate that teaches us the power of vulnerability.  “It is not the critic who counts; not the man who points out how the strong man stumbles, or where the doer of deeds could have done them better. The credit belongs to the man who is actually in the arena, whose face is marred by dust and sweat and blood; who strives valiantly; . . . who at the best knows in the end the triumph of high achievement, and who at worst, if he fails, at least fails while daring greatly.”—Theodore RooseveltEvery day we experience the uncertainty, risks, and emotional exposure that define what it means to be vulnerable or to dare greatly. Based on twelve years of pioneering research, Brené Brown PhD, MSW, dispels the cultural myth that vulnerability is weakness and argues that it is, in truth, our most accurate measure of courage.Brown explains how vulnerability is both the core of difficult emotions like fear, grief, and disappointment, and the birthplace of love, belonging, joy, empathy, innovation, and creativity. She writes: “When we shut ourselves off from vulnerability, we distance ourselves from the experiences that bring purpose and meaning to our lives.” Daring Greatly is not about winning or losing. It’s about courage. In a world where “never enough” dominates and feeling afraid has become second nature, vulnerability is subversive. Uncomfortable. It’s even a little dangerous at times. And, without question, putting ourselves out there means there’s a far greater risk of getting criticized or feeling hurt. But when we step back and examine our lives, we will find that nothing is as uncomfortable, dangerous, and hurtful as standing on the outside of our lives looking in and wondering what it would be like if we had the courage to step into the arena—whether it’s a new relationship, an important meeting, the creative process, or a difficult family conversation. Daring Greatly is a practice and a powerful new vision for letting ourselves be seen.
$28.00 US
Sep 11, 2012
5-1/2 x 8-1/4
Hardcover
304 Pages
Avery 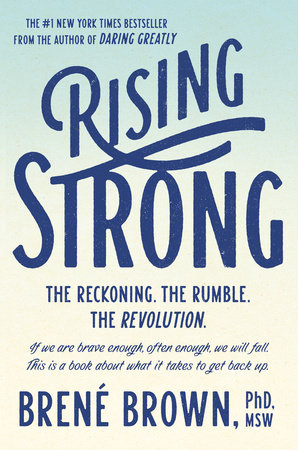 Rising Strong
The Reckoning. The Rumble. The Revolution.
Brené Brown
978-0-8129-9582-4
For the legions of fans of the #1 New York Times bestsellers Daring Greatly and The Gifts of Imperfection and her landmark TED talks on vulnerability and shame, comes the next step in the groundbreaking social research of thought leader Brene Brown, PhD. Rising Strong tells us what it takes to get back up after failure and teaches us how owning our stories of disappointment and heartbreak gives us the power to write a daring new ending.
$28.00 US
Aug 25, 2015
5-1/2 x 8-1/4
Hardcover
336 Pages
Random House 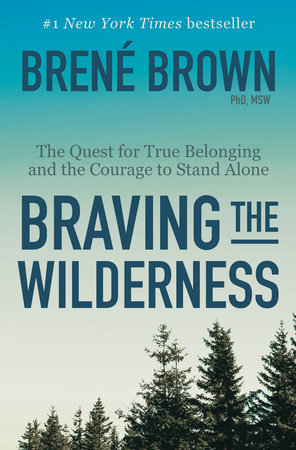 Braving the Wilderness
The Quest for True Belonging and the Courage to Stand Alone
Brené Brown
978-0-8129-9584-8
A timely and important new book that challenges everything we think we know about cultivating true belonging in our communities, organizations and culture, from the three-time #1 bestselling author of Rising Strong.
$28.00 US
Sep 12, 2017
5-1/2 x 8-1/4
Hardcover
208 Pages
Random House 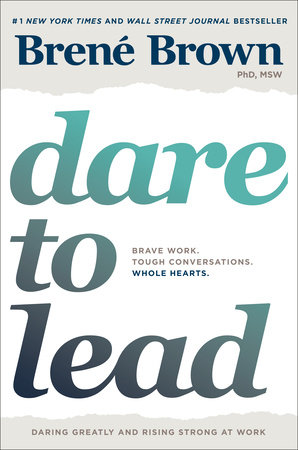 Dare to Lead
Brave Work. Tough Conversations. Whole Hearts.
Brené Brown
978-0-399-59252-2
In her #1 NYT bestsellers, Brené Brown taught us what it means to dare greatly, rise strong, and brave the wilderness. Now, based on new research conducted with leaders, change makers, and culture shifters, she's showing us how to put those ideas into practice so we can step up and lead.
$28.00 US
Oct 09, 2018
5-1/2 x 8-1/4
Hardcover
320 Pages
Random House
Tags: Bestsellers, Gifts For..., Health & Wellness, Inspirational & Spiritual, Body and Mind
Related articles

Valentine’s Day is just around the corner, and there’s no better time to tell your friends, your partners, your family, your kids, and even your dog how much you care. Sharing love and kindness is something that returns back to us tenfold. Let your loved ones know how important they are to you, and watch 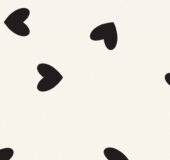 Say It with Love this Valentine’s Day