How I became a cook is not a romantic story. I learned how to cook Puerto Rican food from my grandmother, Margarita Galindez Maisonet. Margarita was born in 1938 in the campo of Manatí, on the northern coast of the island. By the time that Margarita was fourteen years old, she was already pregnant with the first of her seven children, Carmen, my mother. Margarita, Carmen, and I became cooks out of economic necessity. We did not have the privilege of cooking for pleasure or joy. Our story is one of generational poverty and trauma with glimpses of pride and laughter, all of which have been the catalysts of ample good food in my life.

During Margarita’s (my nana’s) first years in the States, she spent her mornings in the fields picking produce, spent her evenings in the kitchen cooking for her husband and children, and spent her nights procreating more children. Every day. By the time that I arrived, Nana already had a few recipes in the rotation that had been absorbed, digested, and regurgitated as “American”—spaghetti, oven barbecue, hamburgers, meatloaf, and pancakes the size of dinner plates. But she mostly made Puerto Rican food. And, for Nana, as someone who was a part of what would eventually become the 5.5 million Puerto Ricans living Stateside, mostly on the East Coast and in Florida, being on the West Coast always emphasized a pivotal issue: No one seems to know anything about Puerto Rican food. Sometimes, not even Puerto Ricans.

Many of the old Puerto Rican recipes aren’t quick and easy, which might be one of the reasons that the food of the island hasn’t exactly taken off in the land that sits mere hours away. Another reason is probably because people don’t understand the cuisine. Puerto Rican cuisine shares a lot in common with the cuisines of Hawai‘i, Guam, and the Philippines—all the places that got fucked by Spanish and United States colonialism. To Puerto Ricans, Puerto Rico represents a constant battle for land and a broad understanding of our identity.

In 1898, after almost four hundred years of Spanish colonial rule, Puerto Rico was ceded by Spain to the United States following the Spanish-American War. [A] colonial reshaping took place when the United States occupied Puerto Rico: new dietary habits. United States’ comestibles made such an impression on generations of Puerto Ricans that cheddar cheese and ketchup would appear in places they had no business turning up, like on top of pasteles—our traditional tamale-like dumplings made of green bananas, plantains, sometimes yuca, sometimes rice, and always filled with a slow-cooked meat stew. I don’t eat ketchup on my pasteles, which take hours to make and require multiple hands. It could possibly be one of Puerto Rico’s oldest precontact recipes. I can never figure out why anyone would want to ruin that hard work and the essence of a pastel by squeezing ketchup on top—a sort of colonial Stockholm syndrome.

My grandparents came to Sacramento from Puerto Rico in 1956. So, my grandma didn’t adopt many of the gastronomic influences that the United States had on Puerto Rico; if we had ever added ketchup to her pasteles, she’d have lost her fucking mind. My Mami and Nana lived parallel lives to the Mexicanos with whom they worked the fields and lived alongside. And soon our food and language came to reflect that. My grandma would make handmade tortillas and menudo on Sunday mornings, and I never questioned the Puerto Rican-ness of her cooking.

At 3:55 on an April morning in 1981, I was born at Sutter Memorial Hospital (now demolished) in Sacramento. One of the greatest things about Sacramento is its surrounding bounty of fertile farmland where some of the nation’s best produce flourishes. I’m fortunate to have 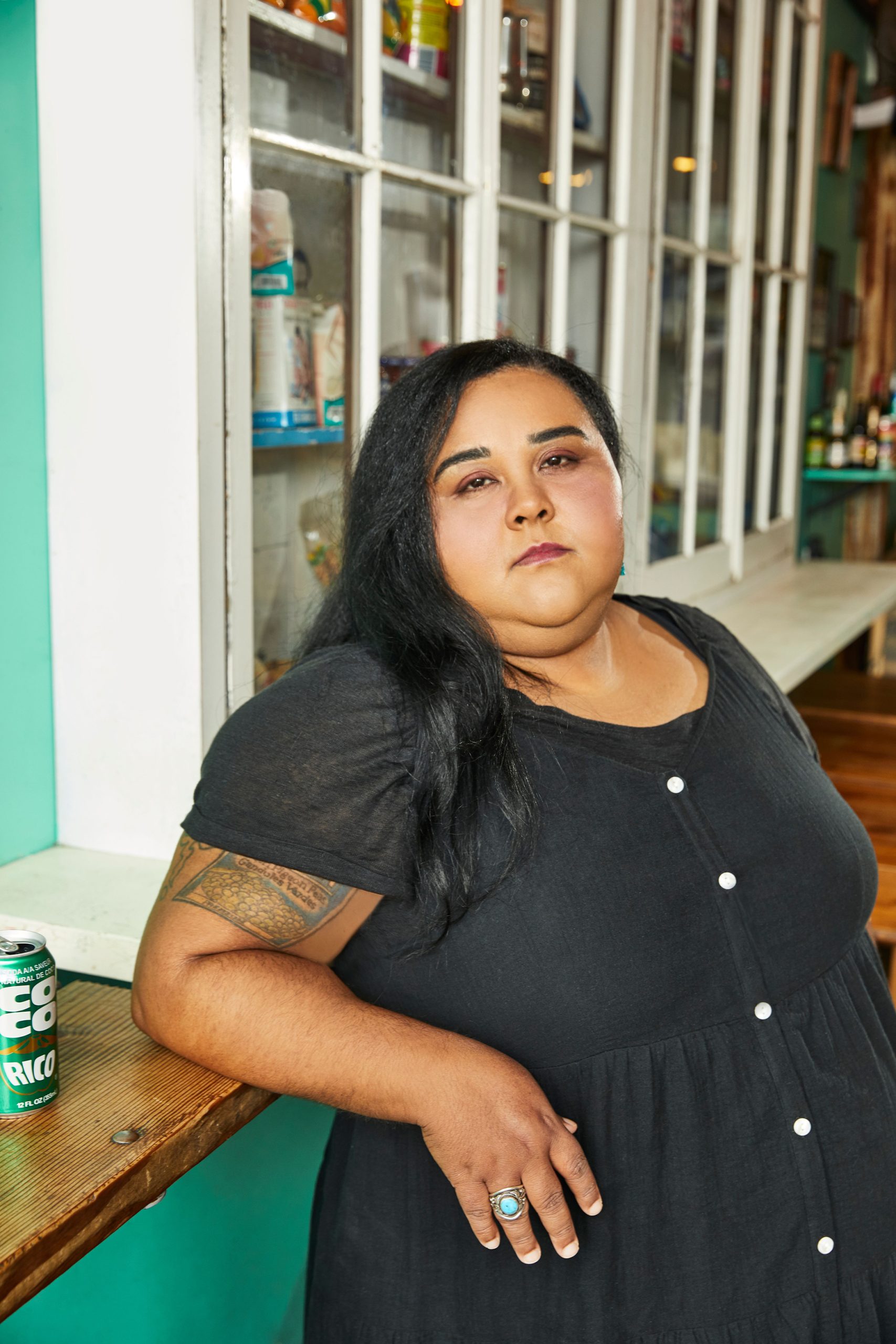 grown up with some of the most beautiful crops in the world readily accessible in my backyard—persimmons, walnuts, pomegranates, oranges, Meyer lemons, grapes, wild blackberries, and more. Sacramento is promoted as one of the most diverse cities in the nation, but it’s incredibly segregated. I grew up in the unincorporated county of South Sacramento, a place that often feels forsaken. It was a working-class part of town consisting of a diverse immigrant population and a dining scene that reflected it. The smell of charred chiles and cooking tortillas and the sound of a wooden pestle pounding against a kruk would escort you on your evening walks home. All smells and ingredients that would inevitably end up in my Californian–Puerto Rican, or Cali-Rican, cooking style.

And that’s why this is not a Puerto Rican cookbook. This book is for the Diasporicans—the 5.5 million people living Stateside who continue to cook the food of our homeland. This is for the tribe of Ni De Aquí, Ni De Allá (“not from here, not from there”). 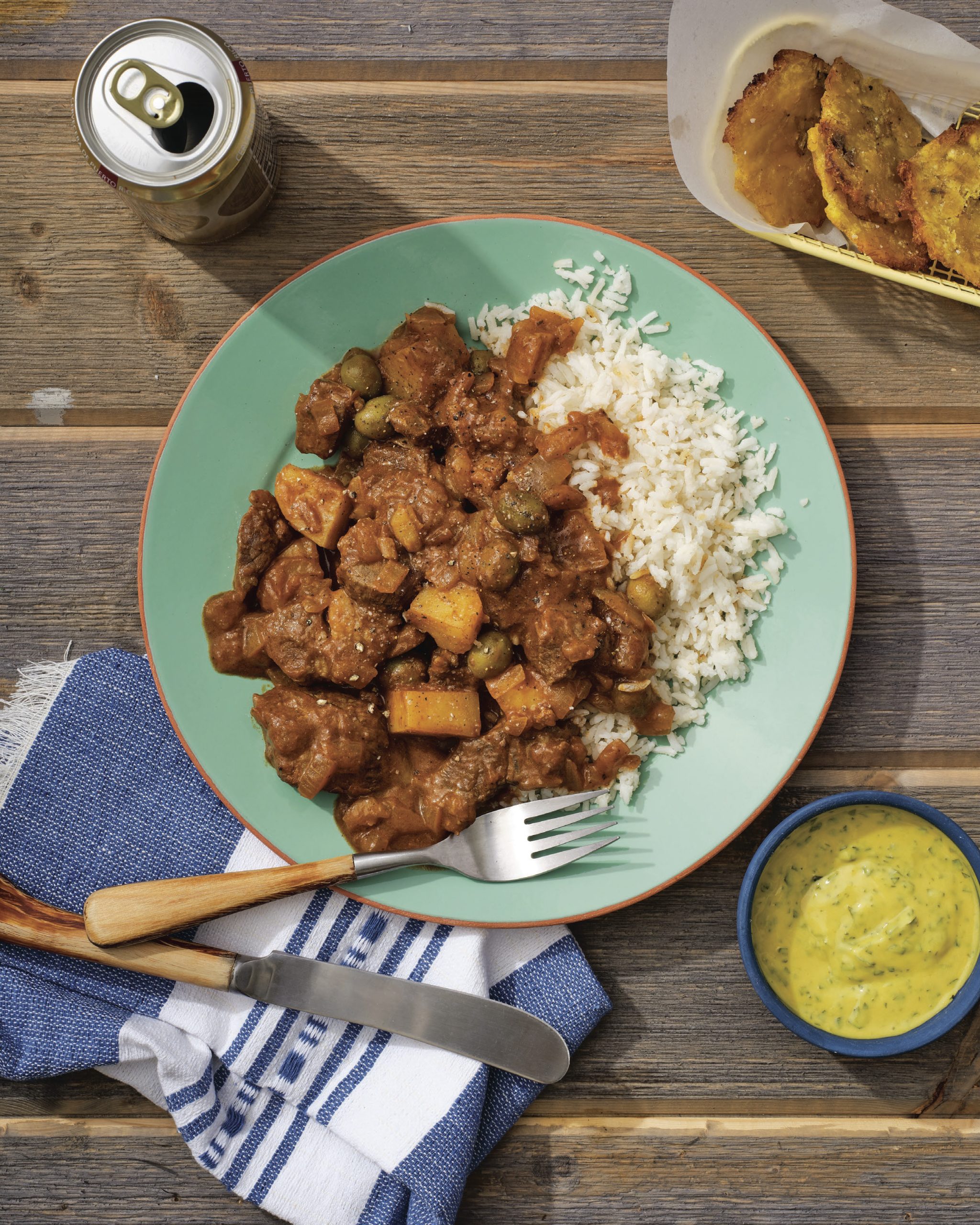 I make this dish all the time and, yet, I never tire of it. Sometimes I use pork, sometimes I use chicken, and very infrequently I use beef. The beef version is the most delicious, in my opinion, but it’s also the richest. I use the same cut of beef for when I make pot roast or beef stew; it’s a tender cut that has a decent amount of fat. If you cut it into small chunks, it cooks quickly and tenderly. This could easily become a part of your regular weeknight meal rotation.

Add the canola oil to a large heavy-bottomed pot and place over medium-high heat. Add the chuck roast and sear for 3 to 5 minutes, or until golden brown. Add the onion and cook for 2 to 3 minutes, or until translucent. Stir in the water, tomato sauce, half of the olives and potato pieces, 2 tablespoons of the sofrito, and the sazón, then scrape the bottom of the pot with a wooden spoon to loosen all the brown bits. Turn the heat to low and let simmer, partially covered, for 1 hour, keeping an eye on it because the potato will thicken the broth and you might need to add more water.

Serve the guisada over rice.

Excerpted from Diasporican by Illyanna Maisonet. Copyright © 2022 by Ten Speed Press. All rights reserved. No part of this excerpt may be reproduced or reprinted without permission in writing from the publisher. 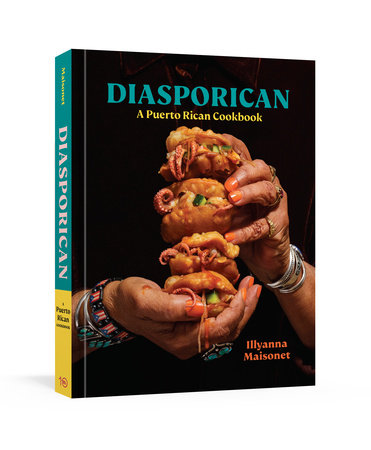